The present Lorain County Agricultural Society was organized in the year 1846.  Prior to that date, shows for stock, etc., had been held in Elyria and Oberlin.  As early as 1833, a stock show was held east of the Beebe House, on the site of Ely Park.  How many of these exhibitions were held previous to the organization of the present Society cannot be ascertained—there must have been several.  In October 1845, a show was held in Oberlin and it appears that there had been earlier meetings of a like nature.  Whatever had been done by Elyria or Oberlin prior to 1846 no doubt partially paved the way for the Lorain County Agricultural Society, which was formed under an act of the legislature that would encourage agricultural development.  This piece of legislation passed on February 27, 1846, and the first meeting of the Society was held on Wednesday, April 29, 1846.  Those present voted on committees, directors, and membership.  It is very evident that, in the early days of the Society, the managers were men who were deeply interested and very zealous in the work.

The first four Fairs were held at Summer’s Park in Elyria.  The first permanent Fairgrounds extended south along the Black River on West Avenue from Second Street to Third Street.  The fifth Fair was held in Oberlin in 1850 and was moved to Wellington the following year.  In 1852, the Fair was brought back to the original Elyria site and, in 1863, the Society voted to enlarge the Fairgrounds.  Purchase of land from the Ely family for $500.00 cash was finalized in 1867, and volunteers helped the Society move buildings to the new Elyria site, get the grounds ready, and build offices and other buildings.  Over the years, a dining hall and floral hall were added.  The Fairs were held at this location until 1941, when the Lorain County Fair merged with the Wellington Independent Fair and moved to Wellington at the site they are held today.  One of the original buildings from the Elyria site was moved to the current Fairgrounds and the restoration was complete in 2009.  It is now known as Heritage Barn. 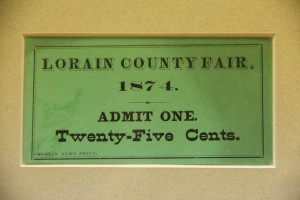 Following the 1941 merger, the Fair struggled through the war years but still continued to grow.  As the Fair grew, it was extended over the years from three days to the seven-day Fair we have now to accommodate the throngs of people who came to the Fair.  More land was purchased and some land traded with the Village of Wellington.  The land south of the railroad was traded so that Wellington could build its Upgrade Reservoir.  The Fair received land on the east side of the Fairgrounds beyond the old pond that was used for livestock water.  When the Fair began to get its water from the Village, the pond was filled and used for more parking.

Over the years, from the late ‘50s to the present time, the Board of Directors have filled the evening hours with many different attractions, such as country music stars, super modified tractor pull, combine demolition derby, car demolition derbies, and rodeos, to name a few.  Two stages behind the grandstand provide free entertainment and many more events too numerous to mention.  During the daytime, there are many judged events at the Livestock Barns and in the Arts and Crafts Buildings.

We can thank our ancestors for the Lorain County Fair as we know it today.  They laid a good foundation for what a county fair should be.  The Lorain County Fair represents the work of many dedicated and hard-working Board members, volunteers, individuals, and families.  Hours of labor and love of many people who share their leadership skills and talents are responsible for making this event happen each year.

The Lorain County Fair is always held in August, two Mondays before Labor Day, and runs for seven days.  It is the second largest county fair in the state, with one of the largest Junior Fair programs.  The goal of the Fair has always been to educate people about animals and to hold a family-oriented event that represents the high standards that have been set over the many years.

Special thanks to Gordon Greene for his contribution to our History page.

Click here to see a collection of cartoons about the Lorain County Fair by editorial cartoonist Bob Lynch. 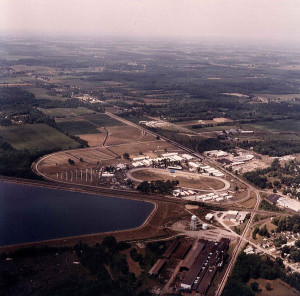 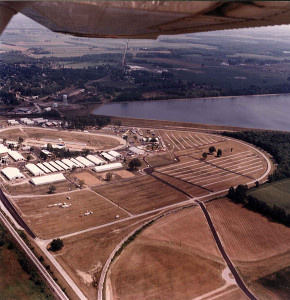 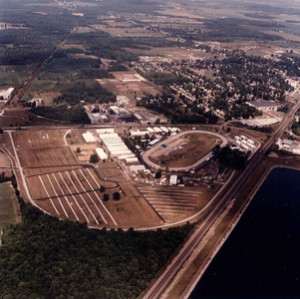 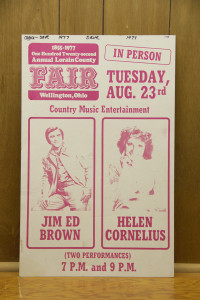 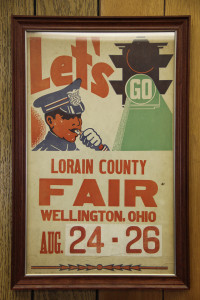